Getting Back to Working Out After a Break

I’m guessing, like me, you’ve taken breaks from working out. Maybe you took a vacation that turned into an extended period of rest. Maybe you got busy with work obligations and then were hit with the fear that your first workout back would hurt. Maybe you had an injury that you meant to rehab and work around and instead you let it stop you from doing any physical activity at all.

During the 2017 CrossFit Open, I was going through fertility treatments. I quit that year’s Open because I was worried that pushing myself too hard would prevent me from getting pregnant or maintaining a pregnancy. It was the right decision for me at that time, but to be honest, my break from working out consistently happened earlier than that. When you’re trying to get pregnant and nothing seems to be working, you start to wonder if maybe your body needs more rest or maybe you’re too lean, and so on, and so on. My break from working out started with that fear.

When I got pregnant with my daughter, I’d already experienced one very early loss, and I couldn’t imagine losing the baby I’d waited so long to conceive. There are many women who work out during pregnancy and are completely fine. But I was afraid, so I did what I needed to do to feel good about my choices at that time. During the pregnancy, my first trimester morning sickness turned into any time of day sickness. By the end, I was hardly sleeping due to heartburn, restless leg syndrome, and various other discomforts of pregnancy. Pregnancy itself felt like a workout.

After my daughter was born, I wanted to be one of those women who jumps right back in, sheds the baby weight, and gets back to her “old self.” I wish someone had told me what it would feel like to be in a body that is no longer pregnant, but also no longer the same body it used to be. Don’t get me wrong; I was thrilled that my body let me carry a healthy pregnancy. I was grateful for my daughter. I was also a gym owner and trainer who couldn’t hang from a pull up bar without being in pain. I couldn’t jump rope without peeing. I couldn’t demonstrate a push up to my class. When someone would ask me what my max lift was, I would hesitate and say something like “it doesn’t matter now, that was someone else.”

I decided to stop trying to do the class workouts, and to hire a coach to write programming for me. I didn’t do this because I couldn’t perform the workouts. I could modify the movements and reps and loads. But I was struggling to modify my mindset. The mental and emotional challenge of constantly thinking of what I used to be able to do and comparing it to my current state was not healthy. So I got on a program. I showed up and put in the work, and was steadily progressing until a few months in I discovered I was pregnant again.

And so began my second break from working out. This time I made it through training longer than the first pregnancy, and thankfully, I wasn’t as sick. But there came a point when the joint pain, the pelvic floor issues, and the exhaustion were too much. I quit working out somewhere around the 3rd trimester.

It took me longer to get back into the gym. The first few months of having two babies under 2 are survival. Around the time my son came, we were in talks to expand the gym by purchasing a second location. Two dogs, two babies, two gyms. All things I wanted, but all things that would make my training take a back seat.

I work out some days. I do work on the computer other days. I clean the gym one day, and the next I play with my babies and try not to look at my phone.

I used to have training goals. I used to have a 340# deadlift and 5 strict muscle ups. I worked hard for those things training consistently year after year. But burnout happens in CrossFit, and life shifts our focus other directions sometimes. Fitness is not a steady progression over time. It’s not just a wave with ups and downs, sometimes it’s forward and backward, and who am I, and what am I doing here?

But we all need goals. Fitness is still on my back seat, where maybe it’ll reside for a while. But it’s still along for the ride. Because when I’m moving my body, I’m releasing stress. I feel better about myself and what my body can do. Some days I need to carry a baby all day. Some days I’m carrying a baby and a toddler and thanking my lucky stars I’m still strong enough to do that. Because the last couple years have been tough, but if I didn’t have the base level of fitness I had going in to all of these things, I am sure I wouldn’t be able to do many of the things I can now. Fitness is also something I’m not willing to give up. It keeps me sane, healthy, and capable. Even though I have no specific training goals at this time in my life, I’m not competing in Strongman, I’m not aiming to hit a PR on my lifts, I’m not trying to master my handstand walk, I do have a goal to keep moving my body.

I’m not waiting around for New Year’s to set a resolution. I’m stating my goal publically, here and now, to work out 3x a week in the month of December. I’m guessing some of you might need to have something concrete to commit to, to keep you taking care of yourself this holiday season, so I’m inviting you to join me in the December Accountability Challenge. It’s simple; we form teams (because who doesn’t benefit from having a support system) and we commit to doing a workout 3x a week. Then in January, we celebrate our successes and our willingness to take care of ourselves even during what can feel like the busiest of months. Want to join me? Sign up on the board if you’re interested in the full details of our December Accountability Challenge! 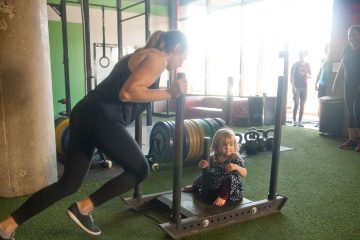 Tips for Coming Back

You’ve made the decision to start working out again, or you’ve joined a challenge to motivate you–great! Now how do you jump back in without your ego and muscles getting crushed and then feeling defeated? Read more… 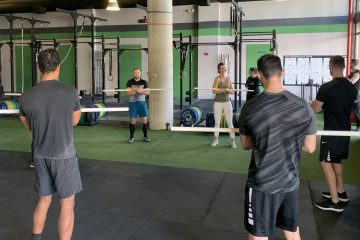 As requested by our members, we are now offering a mobility class being led by Dr. Ben Bagge and Dr. Colin Miller of Pro+Kinetix! The class is at 11:00am each Sunday at no cost to Read more… 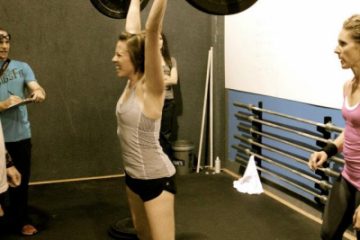 On Your Long Term Goals (and Ours)

http://chrisspealler.com/ask-the-tough-questions/  I wanted to share the article above with all of you because I found that it sums up a lot of what I’ve been thinking with regards to programming and the training needs of our Read more…